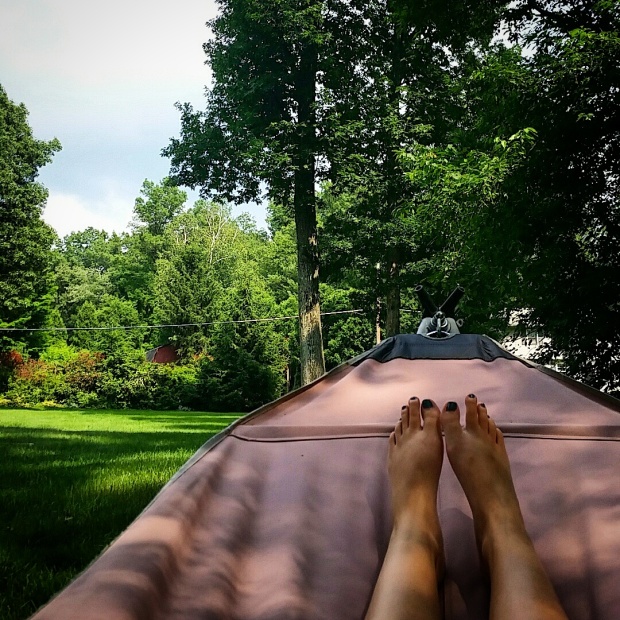 If I were on a debate team, I’m confident my side would win simply because when I tell myself something is the right idea, there is nothing I can do or say to talk myself out of it.  It’s the best option.

but I’m a nightmare when it comes to falling in love.

I’m one of those people that invests way too much in people who don’t care to invest anything in you, and it’s only when they trade you in for an upgraded model that you realize you should have put your money elsewhere.

But I’ve gotten to the point in my life where I accept that that’s who I am.  I don’t listen to anyone except my own biased thoughts and I have learned to lower my expectations to a reasonable place.

Because who am I kidding?  Love is messy to begin with.  Throwing in my own flawed perspectives only adds to how bad it could potentially end.

What will always resonate most with me is the time we waste with the people we aren’t meant to spend time with.

There are only two options.

Either we will stay with the person we are with forever or we will break up.

There has only ever been those two options and the process of elimination is an awful thing to put fragile people through.

I am pretty sure I’ve fallen in love and if my calculations are correct, I’ve fallen in love more than once.  It’s wonderful and thrilling and terrifying and it sucks.  But it’s the best feeling in the world.  And when it all ends?  You suddenly realize you’re alone again, which isn’t something you’ve had to deal with for a long time.

He came into my life like most people do.

It wasn’t any fireworks and there wasn’t a moment where we both looked at each other and time stopped.  We were both just there and it was acknowledged but nothing happened.

And that was okay.

Years went by like that where we were just there.  There for each other.  Not always right there, but there.

And that was okay.

but then someone jumped.

If you’re curious, it was me.  I jumped into the waters of mystery and fear and let everything happen all at once and as expected, I became invested.  He wasn’t.

And shockingly?  That was okay.

When you’re best friends with someone and you know them as well as you think you do, you just want them to be happy.  Even if being their happiness comes from someone other than you.

More years went by with us like that – me invested, him not so much.  I learned to live with it as long as I got to keep my best friend.

And then I went away.  I grew up.  I moved on just enough to realize that I didn’t need to stay invested in someone that wasn’t invested in me.

and then he jumped.

Bad timing is my middle name.  It has a knack for finding me.  Usually I’m a few days late and I blame myself.  But this one killed me.  After all this time, the tables had finally turned and I wasn’t there anymore and I didn’t even know where any of these changes were coming from.

But I didn’t look back.  I got angry.  I yelled words into a phone with terrible reception that I could never take back, at a boy who suddenly wanted to invest in me – the sole thing I’d wanted for years before.

But I couldn’t go back.  I kept moving forward.  I grew up.

We lost touch for the few months after that.  I couldn’t talk to him and even if I could, what would I say?

When I came home, more months passed before I finally opened my mouth with the words I’m sorry perched on the edge of my tongue but time had committed yet another robbery and stolen that opportunity from me.

And I wanted to blame myself.

I don’t think we are meant to ever be on the same page when it comes to loving each other.

So we became best friends again.  Me being more invested than he was.  Naturally, because that’s just what I do.

But being invested apparently means more to a twenty-something year old than it does a teenager because suddenly your future is more real and the rest of your life doesn’t seem so far away anymore.

You want to share all of that with someone.

And if that someone is your best friend, you feel like you made out pretty lucky.

It was over as fast as it began.  And then you feel stupid for letting yourself believe that time was on your side this time.

So you rant to your best friends and cry into your pillows and hate all the time that was wasted on something that is simply not meant to be.

You learn a lot about yourself in that process of being broken down by another human being.  You have to learn to put the pieces back together without the person who’d been guiding you all these months.

But you get through it.  You learn to handle it.  And you still have those days where you wonder what he’s doing.  But you grow up.

It might be hard, but it’ll all be okay.  You learn to live with it all.  I’m not saying you’ll ever stop loving that person, because if I did, I’d be lying.  I still do.  And I probably always will – love isn’t something you can just tell to go away and come back during office hours.  It’s going to stand there and preach to you when you want to go to sleep and when you want to take a day off, it’ll still be there nagging you and tapping you on the shoulder when you try to shrug it off.

As of right now, our lives are on different paths.  I miss my best friend.  But sometimes separating the two ways you care about someone is too hard to do and it’s better to just end it all together.

Sometimes people act as your own safety net.  Remove the safety net and jump.  You might break an arm, but you won’t die.  You’ll get it patched up and you’ll move on.  Just like everything else in your life.  You’ll move on.  You’ll grow up.  It’ll all be okay.

“Love is like you become more you, but now it’s okay, because the other person chose to take all that on.  All that weird stuff, whatever’s wrong or bad or hiding in you.  Suddenly it’s alright.  You don’t feel like such a freak anymore.” – Suzanne “Crazy Eyes” Warren, Orange is the New Black

One thought on “Break An Arm”